As Eric Adams has moderate Democrats feeling bullish, the City Council appears to be shifting leftward.

In the end, the Yang Gang went bust.

Andrew Yang entered the race for New York mayor in January as the front-runner, but his happy-go-lucky, antipolitical style of campaigning left him unable to hold onto voters’ confidence. As early results came in for the Democratic primary after polls closed on Tuesday, Mr. Yang was on track to finish in a distant fourth place. He’s since conceded.

Still, that doesn’t necessarily mean that New Yorkers wanted a boldly ideological candidate either — or one with a wonky political approach. Eric Adams, a longtime Brooklyn politician and a former Republican, whose docket of endorsements and donors arguably looked more similar to Mr. Yang’s than any other candidate’s did and who similarly positioned himself as a no-nonsense Everyman, held a wide lead as early returns arrived.

With 83 percent of precinct results in, Mr. Adams currently has 31.7 percent of the first-choice votes. He’s far from the certain winner: New York City elections are using a ranked-choice system this year for the first time, so it’ll probably take weeks to know who will be the Democratic nominee (a.k.a., the next mayor, almost guaranteed).

But Mr. Adams is in a very strong position, meaning that even as the New York City Council has drifted leftward in recent years, its voters may choose a mayor with more moderate — and in some cases, even conservative-leaning — politics.

“We always say people like divided government, and if you think of the Democratic Party as a very large and diverse party, we can see an element of divided government here,” said Christina Greer, a political scientist at Fordham University and host of “FAQ NYC,” a podcast about New York City politics.

Maya Wiley, the leading progressive candidate in the race and Mr. Adams’s closest runner-up, is currently at 22.3 percent — just shy of 10 points behind Mr. Adams. Many elections experts consider a 10-point divide to be the threshold beyond which it becomes virtually impossible for a candidate to overtake the leader in subsequent rounds.

If Mr. Adams’s numbers hold, he will outperform his already-strong showing in pre-election polls, demonstrating that he gained momentum only in the last days of the campaign, as Mr. Yang was losing his. Many lapsed Mr. Yang supporters appear to have gone for Mr. Adams instead.

“We know that there’s going to be twos and threes and fours,” Mr. Adams told his supporters during a wide-ranging speech on Tuesday night. “But there’s something else we know. We know that New York City said, ‘Our first choice is Eric Adams.’”

In the speech, Mr. Adams picked up on the major themes of his campaign, particularly public safety. Just a year after the City Council responded to activists by passing a budget that made major changes to police funding, Mr. Adams ran his campaign in direct opposition to the “defund” narrative.

He insisted on both “prevention and intervention,” in campaign speeches, emphasizing his past as a police officer and his support for law enforcement, while also nodding to liberals’ demand for youth programs and other root-cause approaches to crime prevention. On education and business regulation, he has sounded many moderate-to-conservative notes, including robust support for charter schools. His campaign’s ties to conservative and business-friendly groups have drawn scrutiny.

But Dr. Greer said that his authenticity and his direct appeals to working-class New Yorkers had seemingly gone a long way. “With eight years of Bill de Blasio and 12 years of Michael Bloomberg, I think people felt left out and ignored,” she said, making a particular note of Mr. Adams’s support outside Manhattan. “I think Adams really tapped into that effectively.”

What we know, and when we’ll know more

Partly in response to the coronavirus pandemic, election officials allowed any voter to request an absentee ballot in the primary, and about 220,000 New Yorkers did. The deadline for those ballots to be received at election offices isn’t until next week, and then the process of curing ballots will begin.

Since election officials can’t move past tallying the first round until all ballots have been counted, there’s no way for them to release more than first-round results until July 9.

From there, the complex but ruthlessly simple math of ranked-preference tallying will be executed swiftly, and the winner will be declared.

Possibly working in Mr. Adams’s favor is the fact that very few other candidates banded together in strategic coalitions. The one exception is the 11th-hour pact made by Mr. Yang and Kathryn Garcia, who is currently just behind Ms. Wiley, at 19.5 percent.

In the final weeks of the race, when Mr. Adams was seen as the front-runner, some progressives mounted an “anyone but Adams” campaign, but the other candidates didn’t formally get behind it. At this point, he would have to have performed dismally in second-choice tallies and lower to lose the election.

Still, whoever enters Gracie Mansion will have to contend with a New York City Council that appears to be on a leftward trajectory. Progressives gained significant clout during Bill de Blasio’s eight years as mayor, and Tuesday’s primary may have pushed it even further in that direction.

Most races remain uncalled, but an array of progressive candidates appeared to be strongly positioned as results came in. Tiffany Cabán, who narrowly lost a closely watched race in 2019 for Queens district attorney, had a wide lead in the race for a council seat that includes the Astoria neighborhood.

With Corey Johnson, the speaker, barred by term limits from running for re-election, the council will vote early next year to choose its speaker, in what will be a measure of progressives’ influence under the new mayor.

Progressives scored victories in other, slightly less-high-profile elections across the state.

Brad Lander, a member of the City Council whose campaign was endorsed by Representative Alexandria Ocasio-Cortez, Senator Bernie Sanders and other left-wing figures, earned the most first-place votes in the race for New York City comptroller.

Mr. Johnson, the council speaker, whose efforts to find compromise on police reform last year left him at odds with many on the party’s left wing, is in second place. The results for that race also won’t be fully known until July 9 at the earliest.

The Manhattan district attorney’s race is technically a statewide position, meaning the race did not use a ranked-choice system. Alvin Bragg — who ran on fighting mass incarceration and racism in policing — appears most likely to win outright, even though he held only a three-percentage-point lead over Tali Farhadian Weinstein, his main rival.

If she wins the general election, Ms. Walton would become the first self-described socialist to run a major city since 1960 (because, no, the tiny city of Burlington doesn’t count).

On Politics is also available as a newsletter. Sign up here to get it delivered to your inbox.

Is there anything you think we’re missing? Anything you want to see more of? We’d love to hear from you. Email us at onpolitics@nytimes.com. 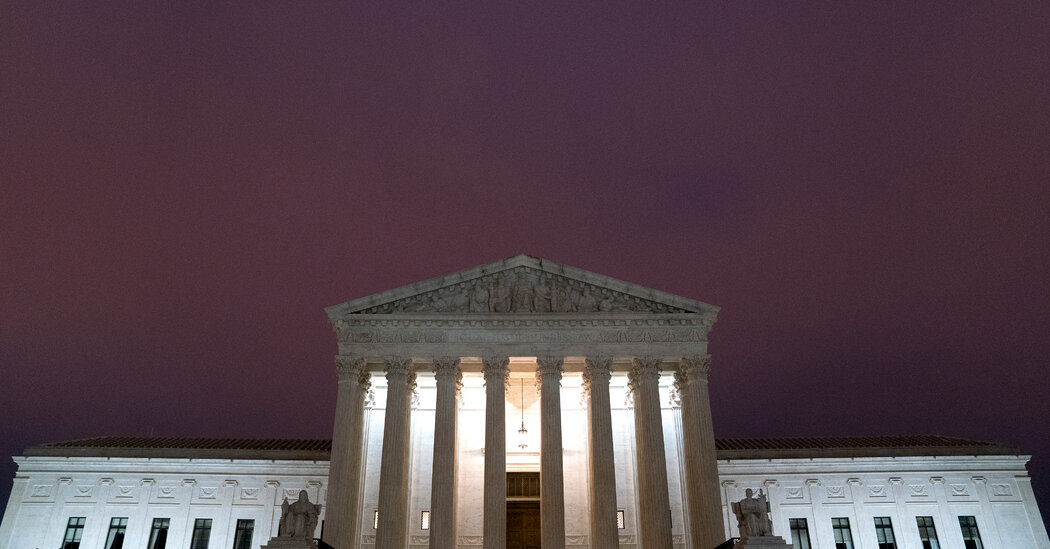 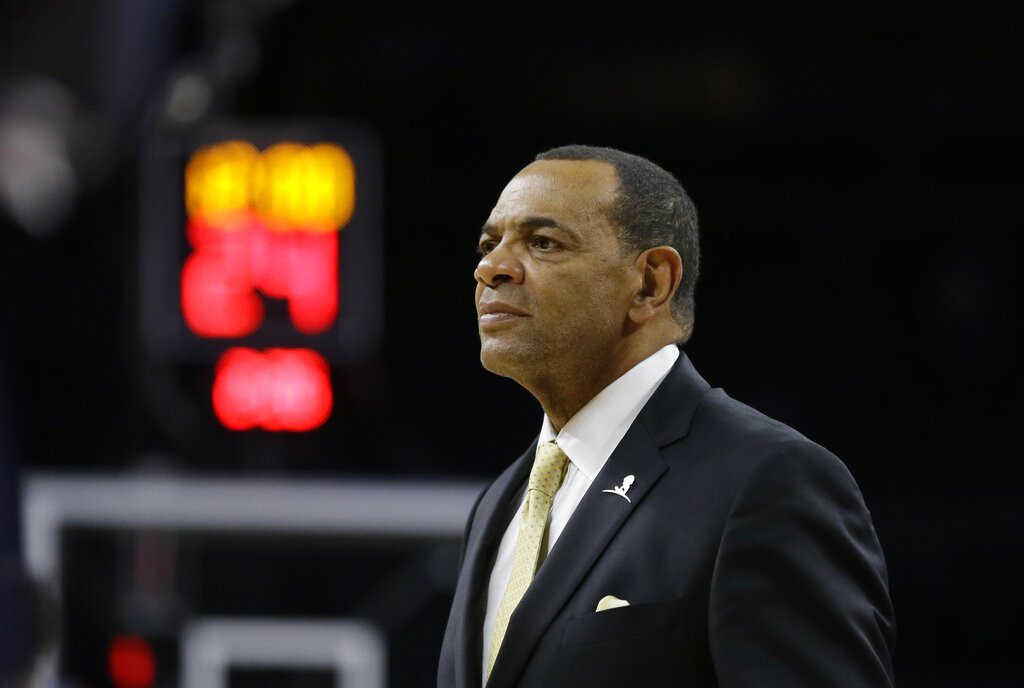 Former Grizzlies coach Lionel Hollins to pitch in at LeMoyne...